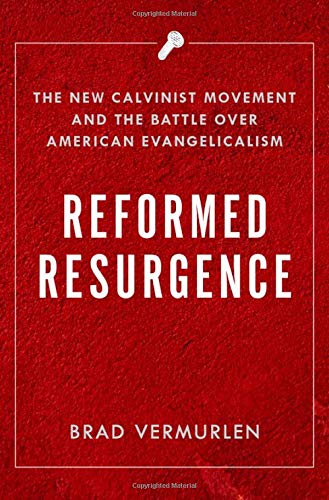 Vermurlen develops a new theory for understanding how conservative religion can be strong and thrive in the hypermodern Western world. His paradigm uses and expands on strategic action field theory, a recent framework proposed for the study of movements and organizations that has rarely been applied to religion. This approach to religion moves beyond market dynamics and cultural happenstance and instead shows how religious strength can be fought for and won as the direct result of religious leaders’ strategic actions and conflicts.

They’re not all “Truly Reformed,” but they all consider themselves to be “Reformed-ish.” In terms of beliefs, the New Calvinists affirm the “doctrines of grace” but identify with multiple denominational (and non-denominational) traditions. They affirm biblical inerrancy, and almost all are gender complementarians. They think of themselves as missional, though they don’t all define that word the same way. They also care about cultural engagement and value contextualization, though there is also some disagreement about these priorities. In 2016, a lot of them expressed reservations about Donald Trump’s candidacy, and many identified as “Never Trumpers.” They care about racial reconciliation, yet race has become a polarizing issue in recent years. Regrettably, some black Calvinists have distanced themselves from the New Calvinism. Most New Calvinists aren’t classic cessationists, though relatively few actually embrace the miraculous spiritual gifts in their personal lives or ministries.

I think relativism, empiricism, radical social constructionism, existentialism, exclusive scientism, identity politics, and certain forms of feminism are fundamentally mistaken, and so I reject them. Instead, I embrace an approach consisting of ontological realism, epistemic perspectivalism, rational adjudication, basic human goods, teleology, virtue ethics, and attention to human biology and cognition. A shorter way of saying some of this is that I work from a neo-Aristotelian and critical realist philosophy of (social) science. I also think there is much to gain from the natural law tradition.